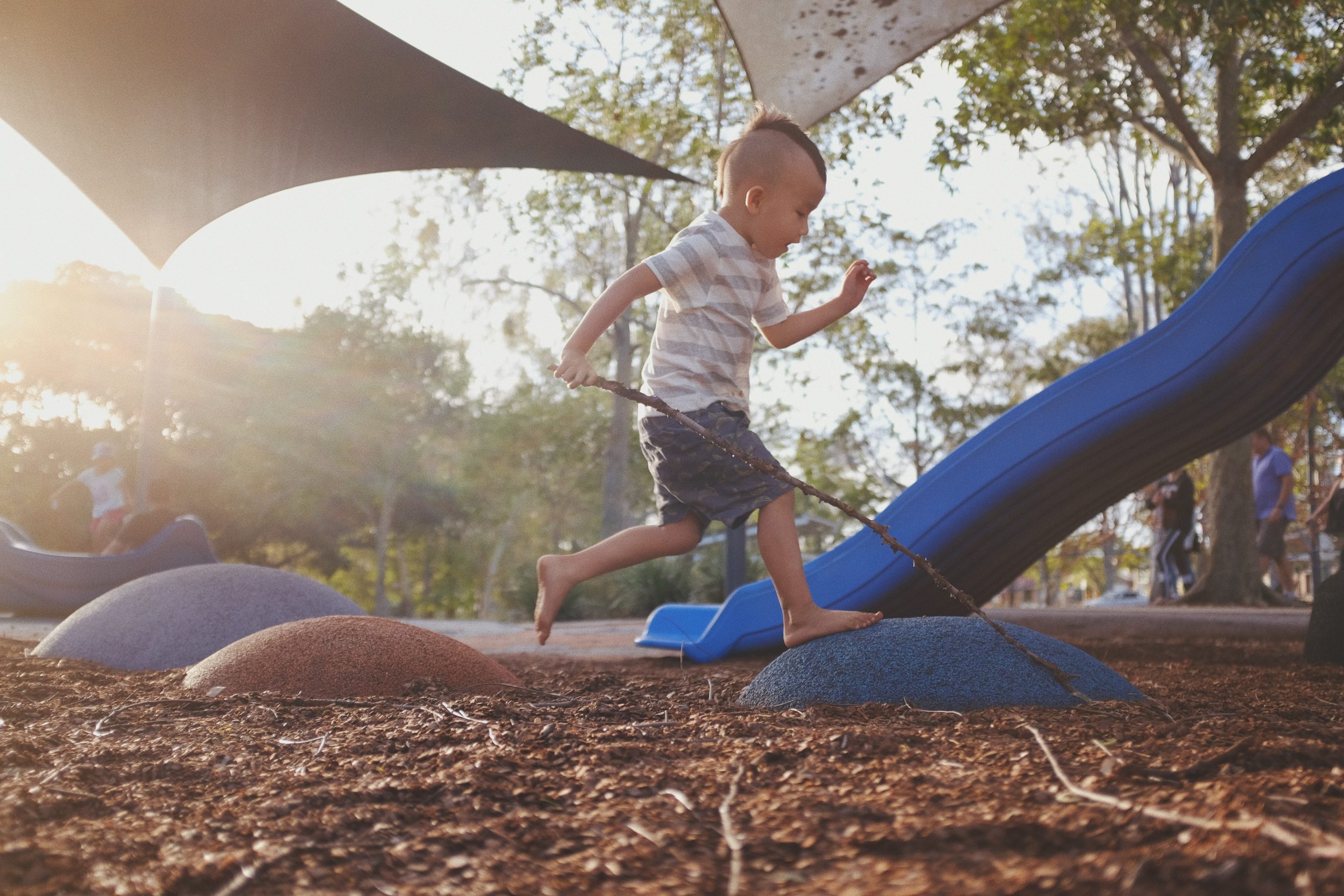 The legal basis regarding playground behavior.

Most playgrounds are bound to a variety of rules, whether in regard to the structures being built, the placement of those structures, how large or small a playground is to be, etc. However, public playgrounds in Germany are subject to strict regulations and rules because they serve the physical and mental development of children, especially the social behavior of a child. Playgrounds are essential to physical development as well including strength, stamina and coordination.

Like in most countries, you’ll find a public playground in Germany across small towns, villages, and cities. They can be found in parks, in residential areas, and so-called “play streets.” In order to have enough children’s playgrounds available, most building codes stipulate the presence of a playground from a certain house size. And in general, most playgrounds are equipped with sandboxes, slides, and swings, among a variety of other structures.

In addition to all of this, public playground underlay certain regulations.

The rules of conduct

Public playgrounds in Germany have a set of rules that are usually very similar across communities (they may slightly differ from region to region), and are recognizable by signs and pictograms. According to most guidelines, you may not drink alcohol or smoke cigarettes in the playground vicinity. Personal garbage should be thrown away in the respective trach bins. On top of this, skateboarding and cycling are often prohibitied in most public playgrounds, unless there are designated areas to do so (e.g. – a small ramp or skating area). Animals, such as dogs, are also prohibited on the playground.

The regulations and rules for public playgrounds also contain safety instructions. For example, bicycle helmets should not be worn while playing on the playground equipment and children under three must be accompanied by an adult. Playing soccer or ball, generally, is often also prohibited.

Also, note that in Germany there are also regulations regarding usage time and children’s ages. Teens over the age of 14 are typically not allowed to use playgrounds anymore, also not as a meeting place with friends. The general usage time is typically between 08:00 am and 20:00 (08:00 pm) in the evening, however may slightly vary from region to region. Also, unless otherwise stated, there is no afternoon rest period.

There are quite a few behaviorol rules, from a legal perspective, when it comes to public playground in Germay. So what happens if you don’t adhere and get caught?

Anyone who violates playground rules may be fined by the police or public order office (Ordnungsamt). The extent to which playgrounds are actively monitored and the amount of fines imposed cannot be answered generically across the board, so the fines listed here are only guidelines. The various penalties imposed vary from city to city and region to region (municipality).

When it comes to the construction of playgrounds, there are a variety of regulations and guidelines as well. Public playground are freely accessible, hence the code of construction varies in regard to a single family home. The applicable building regulations are primarily a variety of EU standards that every playground must comply with since 1998, however, they can also be found in the municiapl accident insurance, an example EN 1776.

According to German legislature, heavily used playgrounds should be subject to daily visual inspection. The operational check for functionality should be carried out (usually) every three months and annually for the “main inspection” by a qualified playground inspector.

Also, there are rules in regards to enclosures and the type of equipment. In order to make children aware that they are leaving the playground these must be fenced in. Enclosures can include hedges, fences, etc. If there are also areas for ball sports then these must be equipped with protective grids adjacent to properties and streets.

On public playgrounds, according to DIN regulations, there are certain rules for the arrangement of playground equipment. For example, to leave enough space between devices to minimize the risk of injury.

Ultimately, according, to the Children’s Playground Ordinance, the proper installation of playground equipment, as well as its maintenance and repair, are the responsibility of the playground operator, usually the city, municipality or cooperative.

While there are many rules and regulations, this should not keep you from using common sense and enjoying the time outside with your little ones. Have fun, be respectful, adhere to basic rules and all will be well.

Manage Cookie Consent
To provide the best experiences, we use technologies like cookies to store and/or access device information. Consenting to these technologies will allow us to process data such as browsing behavior or unique IDs on this site. Not consenting or withdrawing consent, may adversely affect certain features and functions.
Manage options Manage services Manage vendors Read more about these purposes
View preferences
{title} {title} {title}