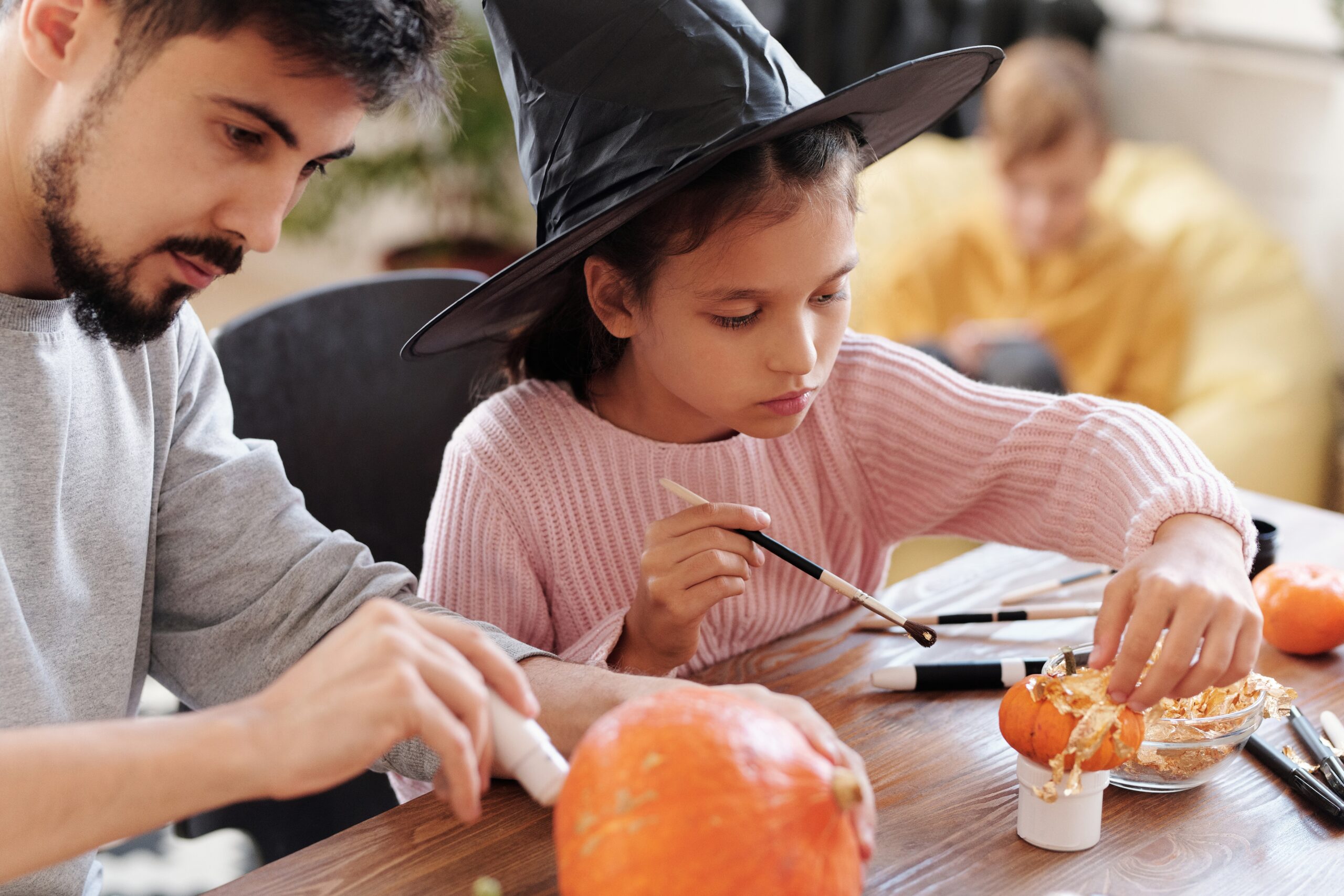 Halloween is a holiday celebration that occurs on October 31st of every year. It is a typical holiday celebrated across the United States and has becoming increasingly popular across other parts of the world, especially in western countries, as it is geared towards children who get to wear costumes, go trick-or-treating, have fun with family and friends through festive gatherings, carve pumpkins and eat sweets.

The tradition originates from the ancient Celtic festival of Samhain, one in which people would light bonfires and wear costumes to fend off what they believed were ghosts. In the eight century, Pope Gregory III made November 1st a time to honor all saints, hence All Saints Day came to be incorporating some of the traditions of Samhain. The evening before Novemeber 1st was All Hallows Eve, which later became to be known as Halloween, evolving into activities that included the aforementioned activities.

Over the last decades is has become a very commercialized holiday with candy, home decor and costumes sales bringing in an expected €10.9 billion in 2022 in the United States alone, with roughly the same estimates across Western Europe, making it at least in the U.S., the second largest celebrated holiday.

In this post we want to dive into this American tradition by looking at its origins, meanings, and traditions so as to learn more of why it is gaining popularity and to provide insight to you as parents on whether this is something you want to partake in or not.

Halloween actually goes back to the Celtic festival of Samhain (pronounced saw-en, which meant “end of summer”) . They lived roughly 2,000 years ago, primarily in the area that we today call Ireland, the United Kingdom and northern France. They celebrated their new year on November 1st.

They celebrated this day which marked the end of the summer and harvesting and marked the beginning of winter, the end of light, and the beginning of darkness, the end of life, and the beginning of death. The Celts believed that the night before this holiday (October 31st) became blurred and the boundary between the world of the living and the dead became thin and that the dead spirits were allowed to roam the earth during this day, both spirits and departed loved ones, as well as ghouls and evil spirits looking to cause mischief. They thought that these spirits would cause trouble and damage the crops.

Therefore they built large bonfires, where they would sacrifice and burn crops to their Celtic gods as a thanksgiving offering for that years’ crops and as an appeal for favor in the new coming year. They also hoped that their loved ones would visit, and would set a place for them at the table of festivities. They placed treats outside their house for wandering spirits, and to ward off evil spirits they would carve and place pumpkins or turnips outside of their doors. During the celebrations in the evenings, they wore costumes so that if they encountered an evil spirit they would be mistaken for an evil spirit themselves and thus be protected from evil and trouble.

The Origin of All Saints Day

By the year 43 A.D., the Romans had conquered a majority of the Celtic territory. During the next 400 years in which they ruled the area, two festivals of Roman origin began merging with the traditional celebration of Samhain.

The first was known as Feralia, a day in late October when the Romans would commemorate the passing of the dead. The second was a day to honor Pomona, the Roman goddess of fruit and trees. The Romans symbolized it with an apple, hence the inclusion of this as part of Samhain, and today the tradition (at least in America) of bobbing for apples at Halloween.

In 609 A.D. Pope Bonafice IV created the Catholic feast of All Martyrs’ Day in honor of the early Roman martyrs and hence the Catholic feast of All Martyrs Day was established in the Western church. This celebration was later expanded by Pope Gregory III to include all saints (moved from May 13th to November 1st) which is still practiced today – known as All Saints Day (or Hallowtide or All Hallows). In 1000 A.D. the church also made November 2nd All Souls’ Day, a day to honor the saints and the dead, and to pray for the lives of the recently departed who had not reached heaven yet. All Souls Day was celebrated similarly to Samhaim with big bonfires, parades, and dressing up as saints, angels, and devils.

There are a few similarities to today’s Halloween in that during this period bells would ring for the souls in purgatory, poor people, mostly children though, would go house to house and get “soul cakes” in exchange for prayers. People would also wear costumes as mentioned above.

Therefore All Saints Day became to be known as All Hallows and the night before it, the traditional night of Samhaim in the Celtic religion, was then called All Hallows Eve and eventually Halloween.

Halloween as we know it

The celebration of Halloween was very limited in the early colonial days of New England because most were of protestant belief versus Catholicism in Europe. Halloween at the time was more common in Maryland and southern Colonies.

The celebrations and customs from the different European and American ethnic groups began merging creating a distinctly American version of Halloween. The first celebrations included “play parties” where public events were held to celebrate the harvest. Neighbors would share stories of the dead such as ghost stories, dance and sing.

By the middle of the 19th century annual autumn festivals were common, but Halloween was not celebrated everywhere. It wasn’t until the second half of the 19th century, when many new immigrants, especially of Irish origin fleeing the potato famine back home, helped popularize the celebration of Halloween.

During this time, Americans began dressing up in costumes, going house to house asking for food or money, something that became today’s trick or treating. However, at this time it was more about get-together, then at the turn of the century, parties for children and adults began emerging focused on games, food and festive costumes.

As time went on Halloween, started becoming very secular, but still community centered. In the 1920’s and 1930’s town wide Halloween parties began, and Halloween itself began losing the superstitious and religious overtones it had until then. It started to become something more commercialized. In the 1950’s Halloween became a holiday directly mainly at the young generation, which included trick or treating, and thus a American tradition was born, which continues to grow today, including in many other countries around the world as a fun event for children and adults alike.

Hence, this holiday, which originally stems from a Celtic celebration, merged with pieces of Roman beliefs, and a touch of Christianity, has become a modern day festival – All Hallows Eve, now Halloween.

You might be thinking, wow, that was a lot of history, however it is important to know how things emerged so as to decide whether or not you and your family (children) want to partake in this holiday. One can only make assumptions otherwise that these festivities are all about evilness, spirits, etc, whereas this commercialized aspect with movies, and myths and black cats and witches, should not always be taken at face value. Therefore celebrating Halloween is something you can enjoy, however, the choice is yours.

Courtesy of: The Shelf